A recent Gala night was held to raise money to support mental health within the fishing industry. The South Australian Lobster Company donated $2,000 in lobsters for the event and purchased tickets in support.

Depression rates can run deep in the seafood industry and a new programme is set to turf overboard the stigma of mental health.

According to a national survey by Deakin University, there is 19% moderate to high depression in the fishing industry, almost double that found in the general population.

The Tasmanian seafood industry, as part of Mental Health Week, launched the Stay Afloat programme with a fundraiser at Hadley's Hotel.

"We have never considered if the people in our industry are keeping their heads above water," said Mr Julian Harrington, Tasmanian Seafood Industry Council Chief Executive. "Fishers are twice as likely as other Australians to experience high levels of psychological distress. This really hit us with a bang."

"The programme is more than just about the people suffering, it is as much as supporting families and friends close to those doing it tough." 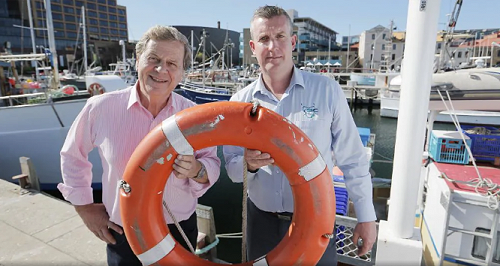