Charter flight transfer of lobster from Te Anau to Auckland

A dream come true is how this could be best described. For many years FLC has talked about the possible need to charter flights from Te Anau to Auckland.

The recent fuel crisis at Auckland airport during the September festival period was untimely, but out of our control. The team quickly rallied to look at plan B. It was agreed a Chatham’s Air Plane could be charted for approximately 6 tonne of Live Lobster. The operations team in Te Anau coordinated 8 helicopters to fly from Doubtful, George and Bligh Sounds on Saturday 23 September. The Lobster was helicoptered directly into Manapouri Airport to the waiting Air Chatham’s Convair, (circa 1958). The lobster was then flown to Auckland to be received by our Auckland factory staff. The lobster was swimming in Auckland by 4 pm that day.

The lobster was then graded the next two days and sold and delivered into China by early the next week. This greatly assisted our supplier fishermen land an additional 6 tonne during the peak period of National Day festival in China. Having the airport at Manapouri and the East Tamaki facility in Auckland made this possible. A great success story about planning, organizing, excellent teamwork during challenging circumstances. 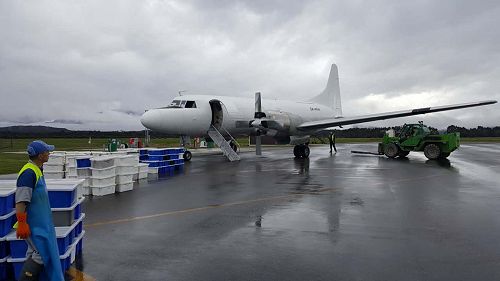 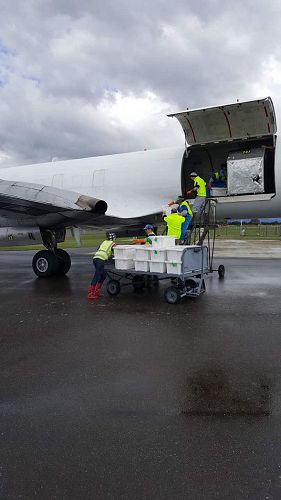 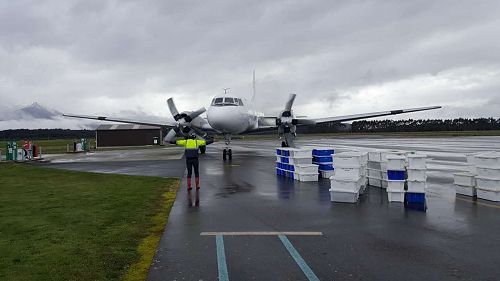