Our prestigious lobster on display in Hema seafood showcase.

We supply the live southern rock lobsters to all Shanghai Hema stores and are growing this relationship to become the supplier in other cities as the chain establishes in those locations. Ten new stores were opened on 28 April, including a flagship store in the city of Hangzhou, close to Alibaba Group’s international headquarters.

The live seafood department is always the centrepiece and drawcard of Hema stores. Our product is the most prestigious seafood line carried, but due to its high value it will always remain a niche product in supermarkets. Right now king crabs are creating the buzz in China. North American lobsters also sell well, on a low price.

In some stores, species are mixed together in tanks, which makes for an exciting aquarium that attracts shoppers from around the store. But we promote a “VIP room” approach for our southern rock lobster, sitting above other species in a tiered tank where possible, as befits its status. Or at least in a basket to separate the species, so that our lobster isn’t confused with cheaper offerings.

Our lobsters on display are tagged with a QR code, which consumers can scan to learn more on our Chinese website, www.wildlegend.com.cn.

There’s an amazing range of choice for consumers shopping in Hema high-end supermarkets. We are so pleased to be a part of the Hema seafood showcase. 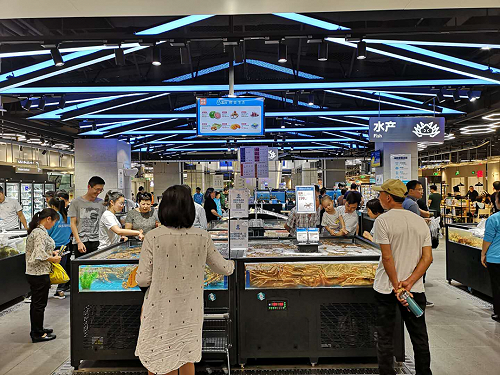 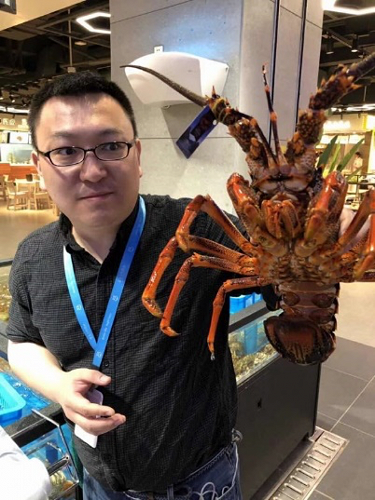 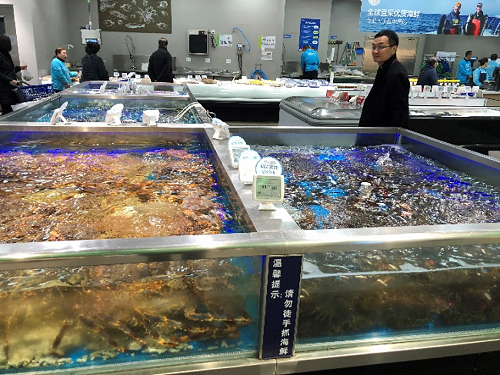 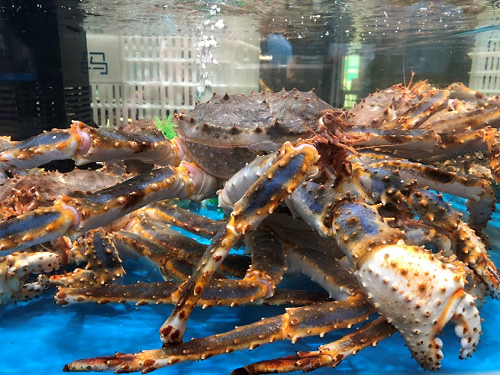 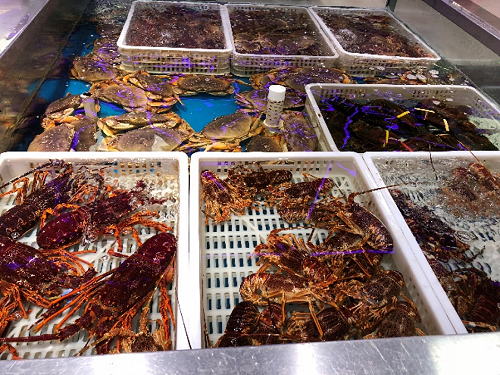 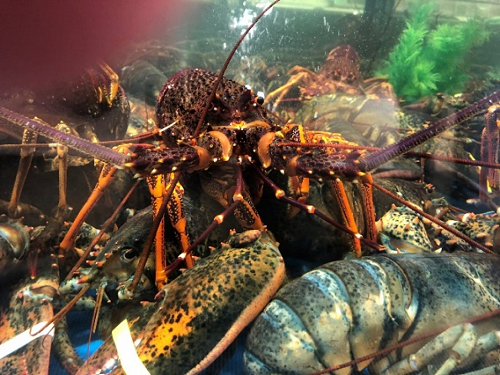