After such a challenging year, Fiordland Lobster staff have been enjoying some well-deserved chill-out time at their Christmas parties around the country.

The Dunedin Crew went on a brewery tour at the 141 year old Speights Brewery, and finished off with a meal at the ale house situated within the brewery.

The Masterton team had a meal at Lone Star, where Heremia Smith (mgr.) is always very impressed by the huge portion sizes, and having Panhead Supercharger on tap is always a bonus.

The Mahia event was a low key but enjoyable afternoon at the local Sunset Point Sports Bar & Bistro, where a few of our local fishers also attended. A suggestion was made that Alan would be most welcome to attend the annual golf tournament and Christmas do next year, which apparently will be the 30th year that Fiordland have sponsored this event.

The Auckland brigade were treated to a fishing charter trip and on-board BBQ with Ultimate Charters NZ. We left from Westhaven Marina at 7.00pm sharp and headed out west of Rangitoto Island and into the Hauraki Gulf towards Tiritiri, where fairly lumpy conditions forced us back South of Rangitoto. Catch rates of takers didn’t match those of last year’s trip, but everyone caught fish, mainly Kahawai and Snapper, and one large blue Cod (caught by Adam Rusk). The skipper and crew (Mike and Mike of Ultimate Charters), gave us a great time despite a couple of lunches being ejected overboard.

The Ward event was hosted by Bill Roundhill and his wife Loretta, at their place in Renwick. Another very relaxed and chilled out afternoon, with a delicious meal including venison (bow-caught by Bill's son), a large ham, purple potatoes and salads galore. Afterwards, it was lawn games and drinks while we basked in the stunning Marlborough sunshine. Many thanks to Bill and Loretta for hosting this event, it looked like a lot of work!

The Christchurch team lunched at the Melton Estate Winery and the Te Anau guys went lawn bowling and then on to Bailiez Restaurant. 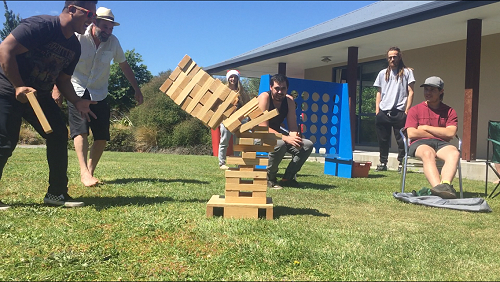 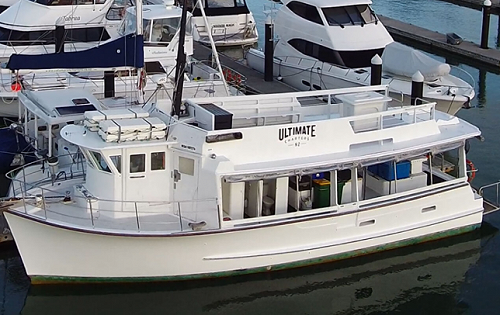 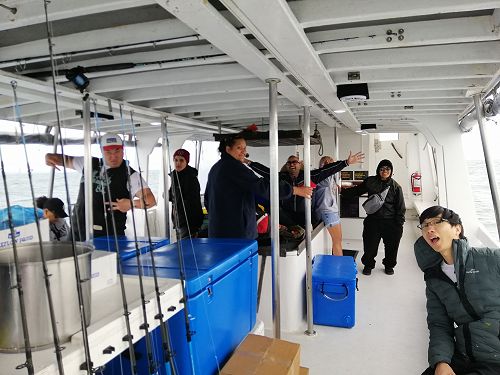 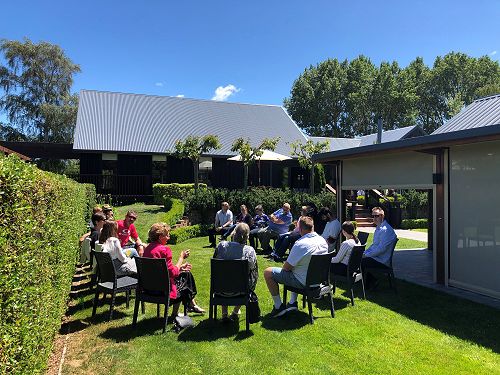