Alibaba Group is the clear leader in China, and globally, with regards to e-commerce. It has an annual turnover approaching USD600 Billion (more than 3 times New Zealand’s GDP) and has an estimated 350 million daily users on its e-commerce platforms. The Hema channel that we are selling into is one of Alibaba’s many businesses.

Recently the CEO of Alibaba Group, Daniel Zhang, visited New Zealand, to meet with key decision makers from the New Zealand Government and industry. He was accompanied by a number of his senior executives, including the Chairman of the Yiguo Group which is Alibaba’s logistics business.

Our own CEO Alan Buckner attended a luncheon with the group, hosted by NZ Trade & Enterprise in Auckland. Alan was able to have some one-on-one time with both Daniel Zhang and the Yiguo Chairman. The key insight he reports from these conversations is the growing importance of supply chain transparency, to verify food safety and provenance, which are becoming increasingly demanded by the younger Chinese consumer. In response, Fiordland Lobster Company is stepping up its programme in this regard.

Daniel Zhang also commented to Alan that our lobster is an extremely prestigious food.

Later that evening, our Auckland factory delivered a brace of large lobsters to the restaurant where the Alibaba team were dining. They became the centrepiece of the meal – of course! 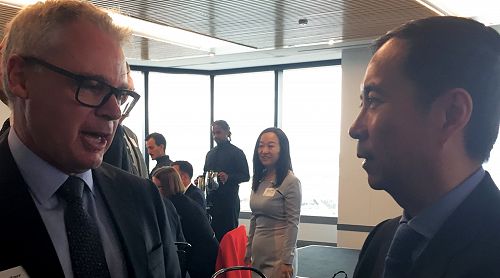 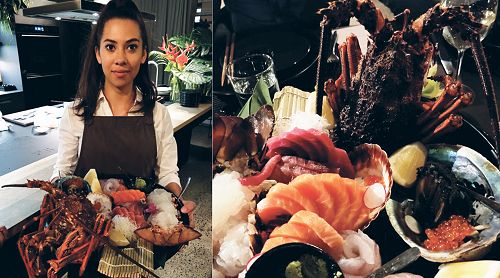